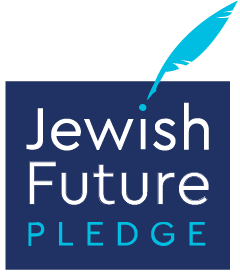 The partnership comes at a critical time for the Jewish community. The social and economic impact of the COVID-19 pandemic has left the Jewish community more uncertain about its future than ever before and comes during the largest transfer of wealth in history. According to the Center on Wealth and Philanthropy at Boston College, $6.3 trillion could be allocated to charity over the next 55 years. The Jewish Future Pledge seeks to leverage this wealth transfer to secure the financial future of the Jewish people by directing hundreds of billions of dollars toward Jewish and Israel-related causes.

The Jewish Future Pledge calls on all Jews to sign a pledge that commits half or more of the charitable giving in their estate plan to support the Jewish people and/or the State of Israel. Whether it is for $10 or $10 million, every pledge contributes to securing a Jewish future for all. Cohort Federations and Foundations will educate its community about the importance of the Pledge, encouraging individuals to sign and share it with their family and friends. In Tidewater, once they sign the Jewish Future Pledge, donors will look to the Jewish Foundation to define their commitment through tangible gifts to causes they care about.

“The Jewish Future Pledge is thrilled to partner with local Jewish agencies like the Tidewater Jewish Foundation and the United Jewish Federation of Tidewater across North America as we work together to support the critical work of securing our Jewish future for Jewish communities big and small,” said Jewish Future Pledge co-founder, Mike Leven. “Our strategic partnership will accelerate our new movement’s expansion across the country as we work to secure the funds needed to ensure that Jewish life is sustained for generations to come,” said Leven.