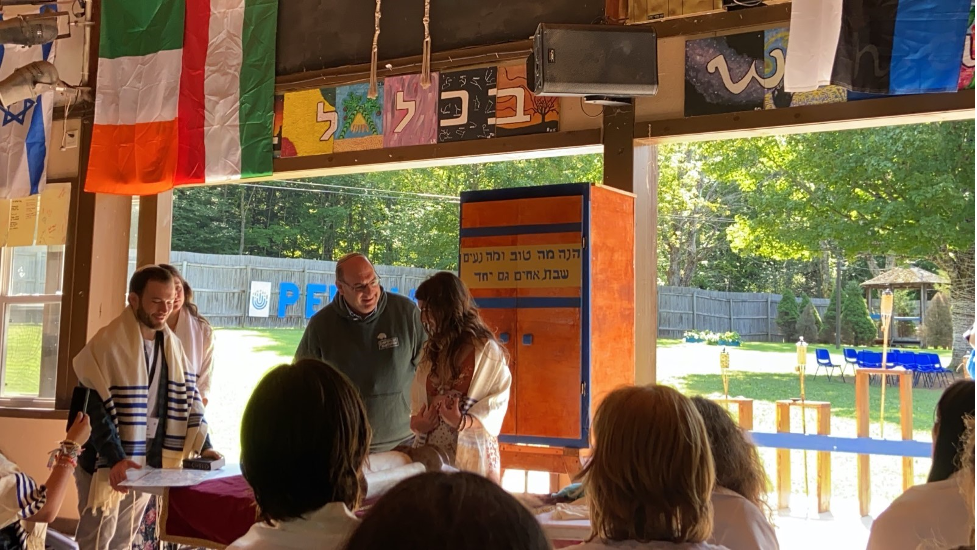 This summer, I went on BBYO’s Kallah summer program. When the catalog came in for all the summer programs, I chose Kallah for one main reason: it was the summer program of connection. At any given moment on shabbat, I could look out at a sea of tallit and siddurim. I could watch people who I only just met wrapped in each other’s arms during Havdalah. It was just so beyond mind-blowing to see how one thing we all shared in common could bring us that close, that fast. Every time I would see one of these things, I could feel my Jewish identity growing stronger by the second. Going to Kallah and knowing I was completely safe in being Jewish was such a weight lifted off my shoulders that I did not even know it was there to begin with. I felt a sense of safety and comfort in the person I realized I had wanted to be all along, which was a strong Jewish young woman.

This experience made me realize the thing I was missing all this time was not external, but internal. I wanted to be more Jewish but simply did not know how. Kallah taught me how to do that, and I had the incredible opportunity to get Bat Mitzvahed and receive a Hebrew name while I was there. Before this, I had never spoken a lick of Hebrew in my life, and then when I was given a Torah portion about a minute long, I could feel myself getting more and more nervous. On top of learning my Torah portion, I also had to pick out a name. I chose Chaya for my paternal great-grandmother and its meaning of life. The ceremony came and went, and I was B’nai Mitzvahed and given a name alongside four other wonderful BBG’s and AZA’s. It was something I had always felt somewhat ashamed of, almost a fraud for not ever having a Bat Mitzvah or a Hebrew name. However, Kallah made me realize it did not matter how “Jewish” I was, but that the simple fact that I identified as Jewish was good enough. I will forever be grateful for what those three weeks have taught me, and the people I met while I was there.