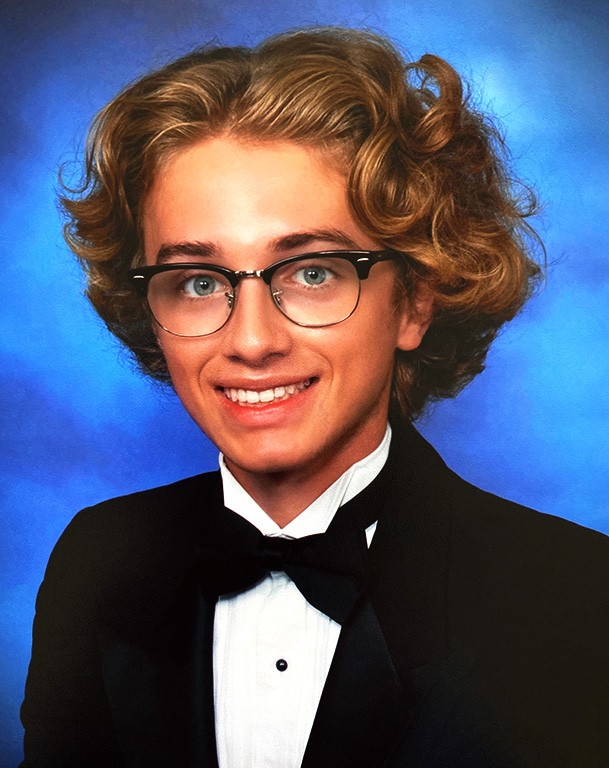 Watts is the 13th recipient of the four-year scholarship, which provides up to $10,000 per year to a Jewish student in Tidewater. The scholarship was established in 2009 in memory of Arlene Stein, who did not complete college because of financial hardship. Arlene passed away in 2007 and Jerry Stein, her beloved husband, in 2014. TJF works closely with the Stein family each year to administer the scholarship.

“A big thank you to the Stein Family for this,” said Watts. “It's definitely a huge help to my future. It really cuts the cost of school in half for me and makes the 30 years after college a lot easier.”

The next step in his future will take him to Virginia Tech this fall, which Watts chose after touring other universities in the state.

“I was torn between Virginia Tech and James Madison University,” said Watts. “After I toured Virginia Tech and looked more into the business schools that they have, I realized Tech was just the better choice for me. It felt more like a home to me than other schools did.”

For Watts and countless students around the world, the past year has been trying as he’s navigated his schooling and college applications amidst the global COIVD-19 pandemic.

“Attending school online is something that I’ve never done before,” said Watts. “So, it was hard to adjust. It was hard to really connect to what I was learning about.  Once I got the hang of it, I was able to figure things out and did well this year.”

When not navigating the pandemic, Watts is an active person, both at school and in the community. He’s on the varsity tennis team at school and holds two jobs, one of which is being a lifeguard at the Simon Family JCC. In addition, he will be a camp counselor this summer and is actively involved with BBYO.

“I'm very big into BBYO,” said Watts. “I'm the council president for Virginia and the international head of press corps, which consists of me doing photography and news articles. So, I get to work with teens all around the world.”

Since joining BBYO in 2017, Watts has felt significantly closer to his faith and the Jewish community.

“After I left the Hebrew Academy of Tidewater (now Strelitz International Academy of Tidewater), I didn't really have much of a connection to the Jewish community,” said Watts. “So, joining BBYO brought that back and it was nice to really feel Jewish again and re-establish a connection to the religion and to God. I feel a lot more Jewish than I ever have just because of BBYO. I want to join Hillel in college and go to synagogue when I can and keep practicing holidays.”

“Ideally, I'd like to own a company one day,” said Watts. "I have my own photography business and so, if I could somehow incorporate that into my future goals, that’d be great. If I'm able to comfortably be a photographer and make good money doing that then I'd love to do that as well.”

Regardless of what his future holds, Watts hopes to one day be in a position to help others, just as he was helped with the Stein Family College Scholarship.

“I think a very important aspect of Jews is that we always help each other,” said Watts. "The Stein Family Scholarship is just a really good representation of that: of Jews helping Jews. To be able to be helped, it's inspired me to one day, if I have the stability and the money, to help others. I definitely want to do the same especially after receiving help myself.”