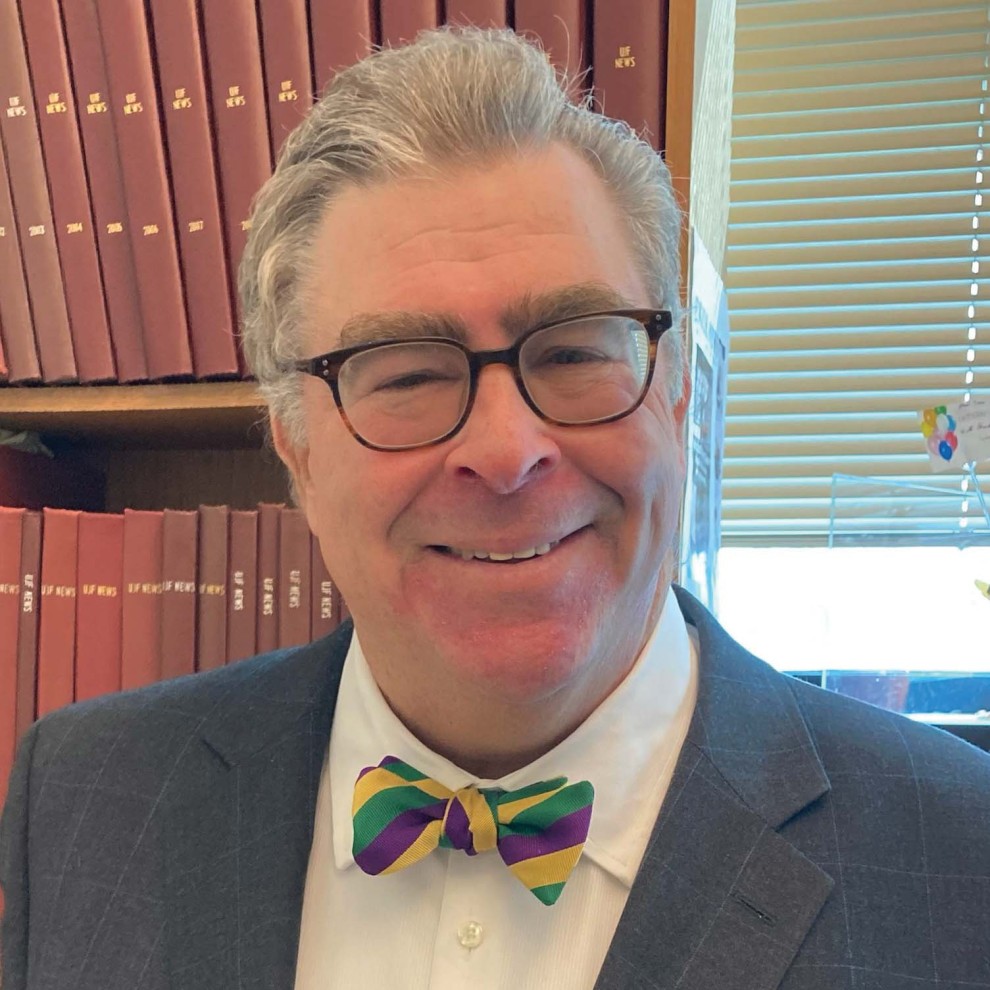 When the Tidewater Jewish Foundation holds its first executive committee meeting for the new fiscal year later this July, someone new will be at the helm. Charlie Nusbaum, who served as TJF’s vice chair, was elected in June to be the Foundation’s new chairperson.

“This is a great opportunity for me to help the community further,” said Nusbaum. “I feel like TJF is positioned to help not just this generation, but the generation after to be more sustainable, whether it be supporting their temple, local Jewish organizations, and even non-Jewish organizations.”

Nusbaum takes over for Jody Wagner, who served her full two-year term as chairperson from 2020 to 2022. Wagner remains on TJF’s board as the Nominating Chairperson.

“This is something I never thought I’d do,” said Nusbaum. “Marty Einhorn and I were lifelong friends and I’m honored I get to carry on the legacy and heartfelt love that he had for everyone.”

Nusbaum brings a wealth of experience and leadership to TJF. Serving as the president of the S.L. Nusbaum Insurance Agency since 1980, he is the past president of Ohef Sholom Temple, Norfolk Yacht and Country Club, Norfolk Academy Alumni Association, Tidewater Red Cross Chapter, and Norfolk Crime Line. Additionally, Nusbaum has a plethora of volunteer commitments in the Jewish and Tidewater community, which earned him the Virginia Center for Inclusive Community’s (VCIC) Humanitarian Award earlier this year.

“Charlie stepped right into the vice-chair role when Marty became ill,” said Naomi Limor Sedek, President and CEO of the Tidewater Jewish Foundation. “That is exactly who he is, a doer. Charlie is passionately committed to securing the Jewish Community of Tidewater and honoring the philanthropic passions of our donors. I am excited for what the next two years will hold for TJF under Charlie’s leadership.”

Nusbaum’s plethora of experience has given him a unique leadership style. He wears his emotions on his sleeve and values everyone’s opinions. Despite all the accomplishments in his career, he insists on being called Charlie, not Mr. Nusbaum. He describes himself as very competitive, which may explain why he values teamwork so highly.

“I consider myself a team player in life and sport," said Nusbaum. “To me, everyone is part of a team. Team, meaning together, everyone achieves more, which goes back to my college baseball coach who had us write that in our hats.”

“Charlie is the perfect choice for TJF chairperson because he cares deeply about the success of TJF, is very knowledgeable about the Tidewater Jewish Community, and is willing to devote the time necessary to provide support to Naomi and the other TJF professionals,” said Wagner, Nominating Chairperson of the Tidewater Jewish Foundation. “With Charlie as the new chair, the community should expect steady, well-thought-out leadership.”

Nusbaum has much he’d like to accomplish during his elected two-year tenure. In addition to getting more people involved and increasing contributions, he hopes to utilize the Foundation’s existing resources and avenues to help the community and donors.

“I want to get people more aware of who and what we are,” said Nusbaum. “TJF has such a good base and foundation that we should be known throughout the Tidewater Jewish community. We can help anyone looking to make a charitable contribution.”

One area Nusbaum would like to improve is professional development, which he knows can help donors achieve their philanthropic goals.

“We need to strengthen our professional development,” said Nusbaum. “By leveraging those valuable resources in our community, we can continue to help people with their estate planning, charitable contributions, and mindful philanthropy.”

Most importantly though, Nusbaum wants to create an environment where everyone can feel comfortable contributing to help their community.

“Philanthropy is not an elitist program,” said Nusbaum. “This is something for everyone. We want everyone to support their community, their family, and their places of business.”