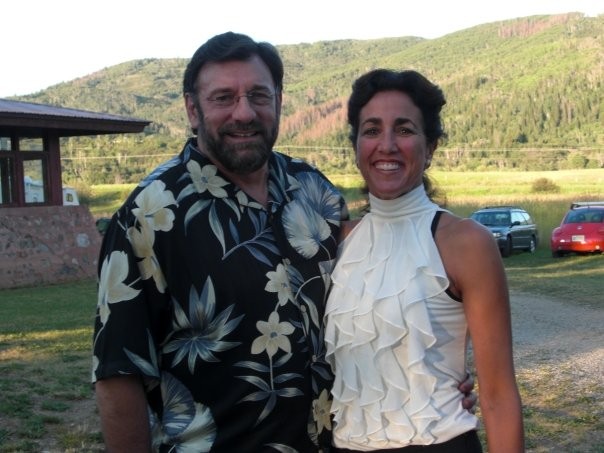 Matthew Weinstein has led a fulfilled (and busy) life. He managed to find success and make an impact through his work, community service, and commitment to family. Not one to let retirement slow him down too much, Weinstein is putting his years of experience in corporate healthcare to good use and currently serves as the Beth Sholom Village Board President. This new role is just the most recent in a long line of philanthropic and volunteer commitments in Virginia Beach and the greater Hampton Roads area.

Born in the suburbs of New York City, Weinstein went to the University of Virginia for his undergraduate degree. He took a detour by joining the U.S. Coast Guard, where he did multiple tours. After a few years, he left the service, re-enrolled at UVA, and graduated in 1972. Weinstein went on to work at a psychiatric hospital, moved into management, and began a career in healthcare. After 20 years in corporate healthcare, Weinstein started his own company, Managed Networks of America.

Despite his busy career, Weinstein has remained active in volunteerism and philanthropy. He is the founder and first president of Faith Works Coalition, which fixes up homes for elderly, disabled, and low-income homeowners in Chesapeake and Virginia Beach to make them warm, safe, and dry. He’s a donor for the Life & Legacy program at the Tidewater Jewish Foundation and is the 2020 recipient of the prestigious Henry B. Kaufmann Award from Ohef Sholom Temple Men’s Club for extraordinary service to the temple and the community at large.

You retired about six years ago. How’s retirement going?
Fabulous. I put a lot of my free time into charity. I'm on three charitable boards, not including the two years served as the vice president of Ohef Sholom Temple. And now, as you know, I'm president of Beth Sholom Village.

You have a really strong philanthropy and volunteerism background. Was that something that your parents emphasized? Where did you learn that?
The reality is that you either have a calling or you don't. When I was working in the corporate world, I didn't have time for much. I was traveling a great deal. The very first organization I became involved with back when my life was still quite busy was Habitat for Humanity. It made sense for me because I could hang siding, I could install a kitchen, I could do cabinet work, or trim carpentry, (which was my specialty). It really was a calling and I made a lot of friends. That passion led to the founding of Faith Works Coalition, which helps elderly, disabled, and low-income homeowners in Chesapeake and Virginia Beach.

Let’s pivot to endowed giving. Why do you think leaving an endowed gift is so important?
If you believe in the mission of your organization, and you believe that it's managed and governed in a proper manner, then you should have a commitment to sustain that organization. And that's why endowments and foundations need to be an essential part of what we do. I've committed to Beth Sholom Village, Ohef Sholom Temple, and I'm trying to establish one for the Tidewater Winds. It's just a good thing to do. I believe in their mission and I love the effort they make to serve the community, each of them in a very different way.

Why did you choose to make your Life & Legacy gift with your IRA?
If there's anyone over 70 and a half, I tell them that if they're going to give from anything, they should consider their IRA first. When the IRS codes were revised under Trump, one of the provisions made permanent was that you could donate money from the SEP IRA as part of your RMD (required minimum distribution). If you did it that way, it would not count as a taxable distribution to you (or as a charitable deduction). So, let's say my RMD for 2019 was $15,000. If I give $5,000 to charity directly from that fund through a checking account from that same fund, then I would only have to pay income tax on the $10,000 that was left.

If you’re going to leave assets to heirs, the IRA is not a great asset to leave. It's taxable immediately upon distribution to them. That's why I'm doing two things: One is I'm making annual contributions out of my SEP IRA as part of reduction of the tax liability for my RMD distribution. Secondly, I've decided not to do a death benefit and I'm going to do it during my lifetime to make contributions to fulfill my Life & Legacy gift commitments because the tax advantage of taking that reduction in the taxable balance is too good to pass by. Anybody that is over 70 and a half that has an RMD from a qualified plan would be missing a genuine benefit if they didn't take advantage of this.

What should people know about making a Life & Legacy gift?
Look into it carefully. Talk to your financial advisors. If they're not doing your taxes, talk to the person who prepares your taxes. And then, talk to your family about your intentions, which is exactly what I did. If you talk to them, then your family understands what you're doing. All my children understand that we give money every year to charities and that to commit to giving money upon our deaths or even earlier is always a good plan. My children are proud of our family’s generosity. They're not looking for that percentage to go to them.

Do you feel you passed on your philanthropic values to your children?
Yes, I believe in them and believe they do what they can. And that is good enough for me.

The comments in this article are personally held views. Always seek professional counsel.

For more information about Legacy giving and to learn how you can make a gift to support the future of our Jewish community, contact Naomi Limor Sedek, President and CEO of the Tidewater Jewish Foundation at nsedek@ujft.org or 757-965-6109.